Dr. Jeff grew up in North Bellmore. He graduated from W.C. Mepham High School in 1984. He attended Adelphi University as a biology major and graduated Magna Cum Laude with a Bachelor of Science in 1988. Dr. Jeff was then accepted to SUNY Stony Brook School of Dental Medicine and graduated #1 in his class with a DDS degree in 1993. While at Stony Brook Dental School, he earned multiple honors and awards for academic and clinical excellence, ethics, and integrity. He then completed a General Practice Residency in Dentistry at Nassau County Medical Center. Dr. Jeff then moved to Boston to attend the Boston University Henry M. Goldman School of Dental Medicine. While at Boston University, he had the honor and privilege of training under one of the most highly acclaimed orthodontists of our time, Dr. Anthony Gianelly. After graduation in 1996, Dr. Jeff returned to Long Island and began practicing orthodontics as an associate in a busy orthodontic office. After several years, Dr. Jeff's dream of having his own practice became a reality, and in May 2000 the doors opened to his Massapequa Park office. The practice has continued to grow, and Dr. Jeff has developed a great reputation as a very caring and meticulous orthodontist.

While attending Stony Brook, Dr. Jeff met his wife and they were married in 1994. They have two children and are very involved in the local community. Dr. Jeff is very devoted to his family and orthodontic practice. While not at the office, Dr. Jeff enjoys spending time with family and friends, traveling, water sports, fishing, movies, and music. 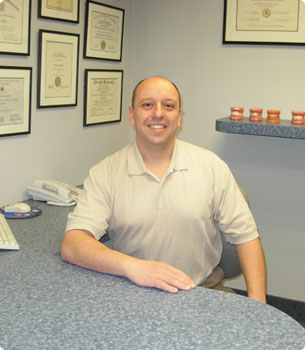